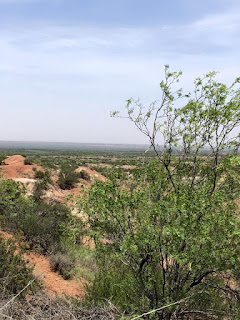 It has been widely reported that Shanks has himself banned possession of not only the video of the March 15 massacre in Christchurch, but also the 74-page manifesto.

According to the Washington Times (Andrew Blake) only establishment academics or others approved by government can possess it.  Bloggers, like myself, who might want to possess it to ensure there was no possible reference to me in the document, may not.  This sounds like a bizarre comparison to arguments surrounding the Second Amendment (as well as the First) in the U.S.

The CTPost, in an article (AP) by Alexandra Ma, reports that anyone in New Zealand found possessing the document could be sentenced to ten years in prison, and up to fourteen years for attempting to share or upload it.

Make no mistake, I do live and work in the US.  So far I have read the manifesto on my smartphone (iPhone) and one laptop.  I saved the pdf for reference on the laptop, so it is backed up in the cloud but not published on the web. This is not against US law.  But if I traveled to New Zealand, say in 2022 (this is a possibility) would I be arrested?  Will their customs check my private document cloud?

While I was in New York City March 15 I discussed this with an Uber driver and he asked me if I would email it to him.  I declined.  But it would not have been illegal.
I’ve mentioned the name of the perpetrator on one or two posts, and I don’t buy the idea that he gains by the notoriety.  He will be in prison for the rest of his life with no online access.  How can he benefit?

I think New Zealand treats this content as if it were like child pornography.  But the document did not need an actual victim to be produced.  This gets back to some similar problems in the past, with text only  or drawn or animated images (or manga) with no actual person as in Canada and Australia and probably New Zealand. The 1996 CPPA law in the U.S. was stuck down in 2002.

There is another conceptual issue that I have talked about elsewhere, “gratuitous publication”, and “implicit content”, especially regarding content that doesn’t seem to benefit the speaker other than to provoke another otherwise aggrieved party into action.
The ideology in the manifesto has been widely reported.  It is said to have some intentionally confusing and distracting passages.  It seems extremely condemnatory of individualism and of people who aren’t loyal to their own “blood and soil”.   There is something very disturbing about trying to ban information from private citizens and letting them think for themselves.

Quartz has a major article by Tripti Lahiri on why New Zealand made mere possession a specific crime. The New Zealand government has an explanation classification document, the QA portion of which is surreal (is if reading the text would infect someone with a virus as in a horror film).  But it is reasonable for a country to take exception to the naming of specific places or targets in a document like this.   There may be a "problem in Canada", at least in Ontario; I'll check into this story further.

Posted by Bill Boushka at 8:21 AM No comments:

Labels: cppa, speech that incites others

The possible dark side of over-zealous security scanning, from the viewpoint of a foreign enemy 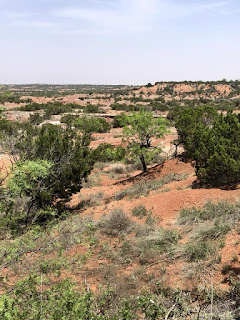 The media doesn’t talk about this much because there haven’t been any obvious incidents.  But it would appear, that since security companies scan sites for malware, they could easily scan for NCMEC watermarked images; and they could even scan people’s private cloud backups (which aren’t supposed to be online).

That could set up a temptation for a foreign enemy to smear someone or frame them for possession charges with hacking.

We have little reliable experience as to how law enforcement and prosecutors would react.  Would hacking be an affirmative defense?  Possession was, at one time, an absolute liability offence.

I suppose I can imagine a John Grisham novel based on this scenario. But it could set the stage for a personalized kind of “terrorism”.

Posted by Bill Boushka at 7:18 AM No comments: