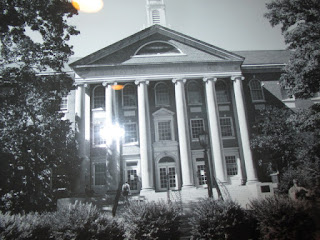 The Supreme Court is considering whether a North Carolina law barring convicted sex offenders
from social media sites (after they have completed their sentences and any probation) is constitutional.  The law would bar use of any social media site that allows minors access.

The Verge has a typical story here.

The law might be overbroad, preventing use of news sites like the New York Times, that have a social networking component.

Bloomberg had a report on the oral arguments here.

Posted by Bill Boushka at 6:37 AM No comments:

Litigation develops over Geek Squad's reporting of child pornography to FBI, at least from a data recovery center in Kentucky 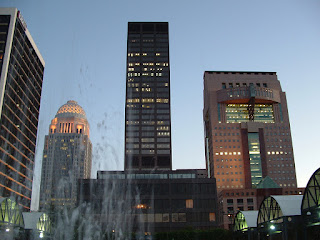 Tom Jackman has a followup on earlier reports about technicians at the Geek Squad participating in detecting child pornography on computer products turned in to them for repair.  The link for the story on page A14 of the Washington Post today, Tuesday, April 4, 2017 here.

The main concern is with a repair facility in Brooks KY (near Louisville) where devices and hard drives may be sent for data recovery by customers.  Court papers in a suit by a defendant (a California physician) imply that a few technicians at the Kentucky facility were paid as informants.

Any time a consumer turns in a device for repair at any Best Buy Geek Squad outlet, he or she signs a declaration about being “on notice” that any child pornography found will be turned over to authorities. But the company says technicians are not supposed to look actively for it.

There could be concerns that some images might be legally ambiguous.  For example, could a gratuitous video of the pat down of a pre-teen boy by the TSA be perceived as child pornography by some people?

Again, it’s easy to imagine automated scanning tools looking for watermarked images on a drive or in Cloud storage.

It’s also possible that a virus or malware could place child pornography on a consumer’s device without his or her knowledge.  I wrote a few blog posts about this possibility in the summer of 2013.

These have been rare, but there was at least one report of ransomware which does this in 2014.  The legal environment in the past (more than ten years ago) used to assume “absolute liability” for possession on user computers before law enforcement began to recognize the possibility of malware being a cause.

It’s also possible to be arrested if someone hijacks a home router and uses it to down load traceable (watermarked) child pornography.   The legal responsibility of users for misuse of their own routers is a gray area.  It could become an issue, for example, for people who rent homes out through Airbnb.


By mushashugyo - Louisville from the Belvedere, CC BY 2.0, Link
Posted by Bill Boushka at 8:42 AM No comments:

Section 230: MO congresswoman introduces bill to amend it to give service providers more responsibility to intercept sex trafficking as well as child pornograohy 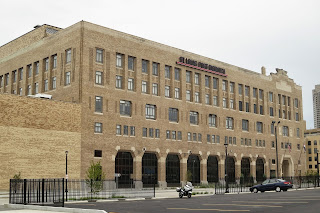 Congressperson Ann Wagner (R-MO) has introduced a bill “Allow States and Victims to Fight Online Sex Trafficking Act of 2017”, text here.  I did not see an HR number yet for the bill.  So far she has nine co-sponsors.

Wagner wants to amend Section 230 of the 1996 Telecommunications Act (“Communications Deceny Act”) in various ways.  It will take some time to sort out the potential practical implications for ISPs and for publishing facilitators and social media companies.  But the most troublesome provision seems to be the last one, which is vague (in a constitutional sense) – what is “reckless disregard”?

I do know that Google screens Gmail attachments (and probably Picasa uploads) for digital watermarks associated with known child pornographic images identified by the National Center for Missing and Exploited Children in Alexandria VA.  It would seem plausible to expect companies to expand this automated screening: images are added all the time to the database when people get arrested and collections are processed by police.

Practically all reputable providers say they report child pornography if they find it. But this bill would seem to add sex trafficking to the list.  That might be much harder to screen for that is c.p.   But this will take some time to delve into.

Here is a copy of their press release today (they had no web reference for the release):

"Washington, DC –Today, Congresswoman Ann Wagner (MO) introduced a bill to amend Section 230 of the Communications Decency Act (CDA), which has been misused for years as a defense to shield facilitators of child pornography and the sex trafficking of children and women.  Enough Is Enough (EIE) supports this much needed bill, intended to clarify the original intent of this provision.
“Sexual predators, traffickers, pornographers and child pornographers were the early adaptors of Internet technology and continue to use this technology to further their criminal activity. Every day children in the United States are sold for sex, often over the Internet on sites like Backpage.com.

" For years, EIE has encouraged Congress to amend Section 230 of the Communications Decency Act of 1998 to allow prosecution of those who facilitate illegal commercial sex acts via the Internet, in order to thwart the practice of sex trafficking and prevent those engaged in it from profiting from the exploitation of countless children.  We applaud Congresswoman Wagner’s bill and encourage Congress to take action now. This is a bi-partisan issue, which we can surely all agree on, ” continued Ms. Hughes, who voiced strong support  of the 2013 effort of The National Association of Attorneys General (49 Attorneys General) calling on Congress to make a two word amendment to the CDA which would enable state prosecutors to help fight prostitution and child sex trafficking.

The CDA was the first piece of legislation by Congress, which attempted to extend the existing laws designed to protect minor children from sexual predators, hard-core obscene content and indecent pornography to the Internet world. All provisions became law with the exception of the indecency provision, which was challenged and eventually struck down by the Supreme Court.  Section 230 of the CDA, nicknamed ‘The Good Samaritan Defense’, unfortunately led to the unintended consequences of gross misinterpretation by federal courts that have allowed the provision to grant immunity to companies who profit from selling sex with children and women.

"The Presidential Pledge and supporting documentation, including the signed Pledge by President-elect Trump can be found at the link above.

"Enough Is Enough® is a national bi-partisan non-profit organization who has led the fight to make the Internet safer for children and families since 1994. EIE's efforts are focused on combating Internet p*rnography, child p*rnography, sexual predation, sex trafficking, cyberbullying by incorporating a three-pronged prevention strategy with shared responsibilities between the public, Corporate America, and the legal community.".

Well, if this isn’t enough, consider the story today in the St. Louis Post Dispatch reports that “Show Me State” attorney General John Hawley announced many other anti-trafficking measures.    I’ll have to come back to this, there is too much to digest all in one meal.

Posted by Bill Boushka at 6:18 PM No comments: