Backpage could cause Section 230 to unravel 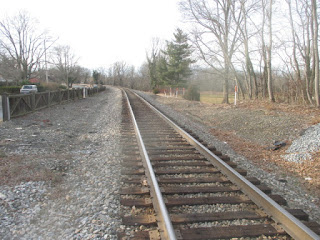 Nicholas Kristof, a journalist who focuses on poverty and third-world issues, has an op-ed on p. A31 of today’s New York Times, “A Website Peddling Girls for Sex”.  He’s talking about Backpage.com.

The visitor can read the details here, but it seems that ads get edited to remove suggestions of underage girls.  Credit card companies have stopped accepting transactions from Backpage. '

Kristof suggests that Section 230 of the CDA should be modified to make service providers potentially liable for underage trafficking, but I thought that this exception already existed. Meddling with Section 230 for this purpose could lead to gutting it for other reasons in a Trump administration, because Trump is not sympathetic to simultaneous online self-expression (despite his own tweeting).

Electronic Frontier Foundation weighs in on the issue today in detail here, in an article by Sophia Cope.   This is a very slippery slope that we’ll have to return to again.

For the sordid details on the Senate hearings and Backpage, visit Techdirt and USA Today.

Posted by Bill Boushka at 7:04 PM No comments: 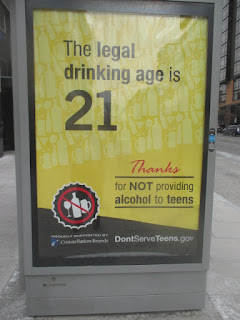 Tom Jackson has a shocking story on the front page of the Washington Post Tuesday, January 10, 2017, “If a Best Buy technician is a paid FBI informant, are his searches legal?”

The specific story concerns a medical professional who turned in his laptop to a Geek Squad Best Buy outlet in California.  The customer wanted the data recovered and the old hard drive was sent to a facility in Kentucky.  A technician found an image of a pre-pubescent female in an unallocated space on the hard drive.  The article notes that a federal appeals court recently upheld “mens rea” in a case like this;  you can’t prove that the customer put it there (it could have come from malware) if in an unallocated area.  Nevertheless, the consumer was indicted in 2014 (after a long delay).

A typical Geek Squad repair order contains the language “I am on notice that any product containing child pornography will be turned over to the authorities.”  I have seen this on my own orders.

There would be a question as to how a technician sees an illegal image unless he looks for them.

Most repairs would not cause a technician to have a legitimate reason to look at drive contents.  (Compare this to photo shops when technicians develop pictures, which used to lead to some child pornographt prosecutions.)  But it would sound plausible that the FBI could enter into an agreement with a business to conduct a sting operation against a customer for which there is some prior reasonable suspicion.  Images viewable in thumbnails from Windows explorer would not normally be that easy to parse at casual, happenstance first sight.

There are good questions as to what could be viewed as c.p., and when authorities would move on a content item.  Images might have come from overseas, and have been produced legally according to the laws of the originating country, but would have been illegal to make in the US (if the actor was under 18).  There are vagaries in the law as to how explicit an image needs to be to inspire gratuitous pruient interest.  It’s possible that an image (screenshot) from a film, of minor nudity legal in a medical context or war or extreme poverty overseas, could be captured and kept for prurient personal purposes, and be viewed as illegal, but I haven’t heard of this actually happening with a specific prosecution or indictment. Theoretically, legal problems could occur with a possession of an image from a video included in another website but not made public on its own.

WJLA-7 reported the story tonight and says it is possible that the image could have been in an unopened email. But it probably would have needed to be in some kind of preview mode. I don't preview my emails automatically and mark many as spam and don't open a lot of them.  But I have no idea what could be in unopened emails..

Posted by Bill Boushka at 2:13 PM No comments: 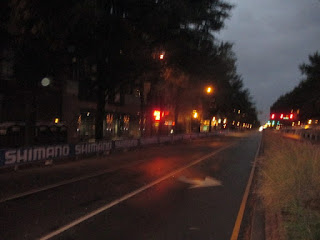 A member of the Virginia House of Delegates (Robert Marshall, R-Prince William County) wants to have pornography declared a public health hazard, something akin to cigarette smoking (note the irony, as Philip Morris lies on I-95 just south of Richmond), according to Laura Vozella in the Washington Post December 29, link.

He claims that pornography leads to mistreatment of women, and also to body image disorders (like body dysmorphia), which are surprisingly common even in young men.

Of course, some of this fits into debates in the past over COPA (availability of pornography to children online) and earlier, the CDA.

Utah has already declared a public health crisis over pornography.

The measure would not criminalize anything but consider public health warnings.

Virginia already has a controversy over public school teaching literary classics with sexually explicit or racist passages (like “Huck Finn”).

Posted by Bill Boushka at 9:46 AM No comments: