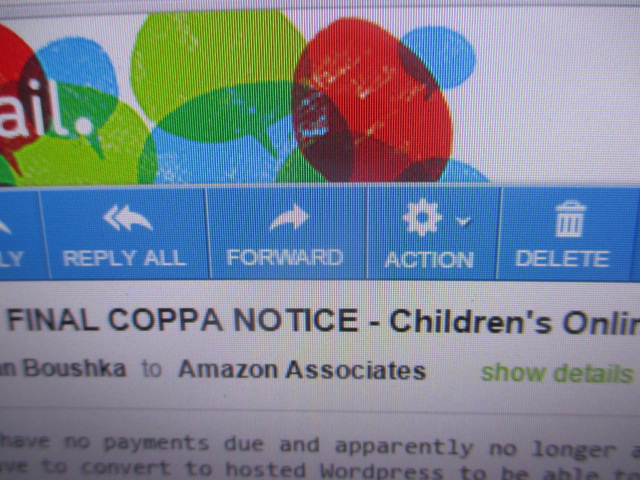 I got an unexpected email from Amazon Partners (“no-reply”) Monday warning that I had not signed an e-form stating that none of my sites listed are intended for minors 13 or under, as apparently required by COPPA, the Children’s Online Privacy Protection Act.  The legal requirement reminds me of a law that requires age verification (18 and older) for actors in “adult” films.

There is a deadline of Oct. 31, 2015 to sign the form, or permanently lose membership in the program. I’m not sure if one could re-apply with a new site.

Only my Book Reviews blog had been listed, and I do not have any revenues owed to me.  I went ahead and logged on, and found the form and “signed” it (and filled out an IRS form, too).  But the Amazon Partners widgets have not worked for over a year now, and I have removed them.  My understanding is that they no longer work on Blogger, possibly can be used only with Wordpress or properly hosted content.  This is a matter I have not yet had time to look in to.  I don’t intend to use it again until I can resolve the issue, which may not happen until early 2016.  I have considered conversion to Wordpress, and condensing to fewer blogs, but that’s a matter for which I’ll give more details later, around the beginning of 2016.  There is some more fact-finding to be done.

Posted by Bill Boushka at 1:46 PM No comments:

How pervasive, really, is Internet c.p.? 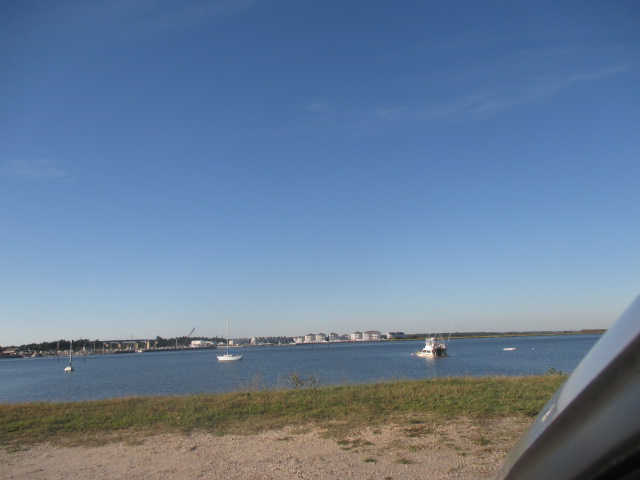 How pervasive is Internet c.p.?

The question seems relevant since reports about arrests for possession (especially among respected people, often connected to school systems) seem to have increased in the local media a lot in the past ten years, with a rapid acceleration particularly around 2005 and 2006 (ironically, before COPA was finally struck down).

In early 2014, Huffington published a long piece by Mary L. Pulido on the issue, here. The findings report that white men were by far the biggest offenders in possession cases, and consistently about one-third have conviction records for actual sexual assaults or misconduct (with children or usually adult females). Anecdotally, most of the offenses were heterosexual (as in the cases on NBC’s “To Catch a Predator” a decade ago, with Chris Hansen).
There was a PDF report from NCEMC in Alexandria VA in 2005, which still pretty much holds today, here.  Not considered is the possibility, usually remote, of accidental possession by virus or malware, or even (in at least two cases) external misuse of a router.
Posted by Bill Boushka at 12:09 PM No comments: