Reaction to Penn State: Don't gut due process in the name of "protecting children" 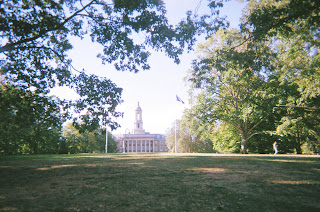 I won’t belabor the lurid stories about what happened at Penn State.
Of course, police should have been called shortly after the problems became known to the University. But should it be the legal requirement of the first observing witness to call police without going through a chain of command when he witnesses at work?  Is it his responsibility or his employer’s?  Does the issue of “protecting children” change our respect for due process?
Certainly, it there is an emergency, an observing witness should call 911 if police could stop an incident by coming immediately. University police could have been called immediately, too.  And in a world of “see something, say something”, I understand the idea that the witness has a responsibility to report an incident immediately.
The proper way to handle this in a university, school system, or any employer where children might be present on the premises some time, is to have a chain of command, and a legal officer (attorney) whose duties include calling authorities when circumstances warrant.  A chain of command at Penn State should have existed then, with the result of a call to police by the university quickly, but not necessarily first from the observing witness or even by the head coach, Paterno.  It should have come from the university legal department.
I think state legislatures should require universities and school systems have in place mechanisms to contact authorities when there is reasonable suspicion of child abuse on the premises.  But there should not be a separate requirement of the immediate witness.
I think due process is necessary, because in some other situations there could be more ambiguity. Suppose someone finds a web or Facebook posting which he or she interprets as a possible “propensity” on the part of another employee to have inappropriate contact with minors, but no actual evidence of contact.  What should his responsibility (to deal with “pre-crime”, as in “Minority Report”) when the fact pattern is ambiguous and open to interpretation?  You need due process.
ABC News has an interesting story by Colleen Curry, to the effect that Paterno is was disgracefully fired, whereas two other university employees being investigated for perjury and legal failure to report remain on the payroll, link.

Sunday, Republican governor Tom Corbett of Pennsylvania said he supported a change in law, to pass this year; but that the head coach had followed all legal requirements at the time, according to his attorney general, Detroit Free Press story.
Picture: Penn State, personal visit, September, 2010. 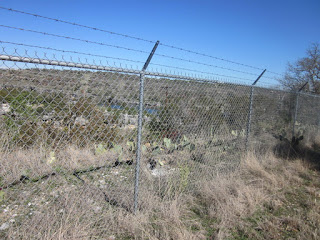 Check the editorial and opposing view on "Reporting Requirements" in the USA Today, p. 12A, Nov. 18. USA Today supports reporting requirements on everyone and considers the practical risk of false reports or abuse low.  There seems to exist an emerging viewpoint that institutions (since they circle the wagons) and professionals alone can't protect the vulnerable; only individual citizens can.

The debate reminds me that "failure to report" is usually a violation of school Honor Codes.
Posted by Bill Boushka at 8:58 AM No comments:

Nightline segment relates how risque photos in a private cloud account were hacked; another wrinkle for safety of minors online 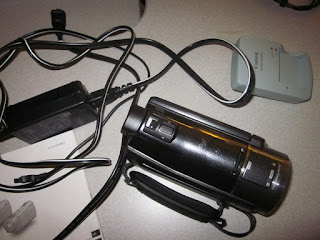 ABC Nightline tonight (Nov. 9) reported on a young woman affected by having provocative photos taken of herself (whether by a cell phone  with sexting or for a conventional laptop or desktop computer).  This time the complication came from storing the photos on photobucket, with the account then hacked. The photos went viral. But apparently the photos had been stored in an account that the teenager believed was private (she didn't even post them on Facebook).
The complete story of Angie Varona’s ordeal was told tonight on the late night show on ABC.
Earlier this week, I discussed the advantages of “two-step signin verification” to prevent hacking, as well as the dangers of using the same password on multiple sites, on my Internet Safety blog, embedded in a larger discussion of the safety of depending on the "cloud" for online storage of potentially compromising content.
Cell phone photography and Photobucket of course have many legitimate uses. The problem is that misuse, in combination now with security problems, can lead to enormous consequences.
Experts in online reputation defense will certain weigh in on this incident. It would be interesting to wonder where any legal liabilities lie.

Posted by Bill Boushka at 9:02 PM No comments:

Some more remarks on "implicit content"; is the idea of "null hypothesis" useful in the law? 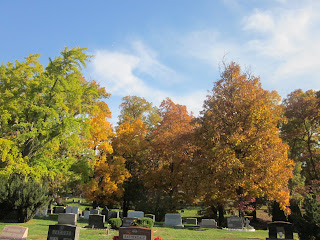 At times, on both this blog and my main blog, I’ve discussed the subtle issue of “implicit content”, which imputes a “purpose” or legal “intent” behind self-distribution of writings or content without obvious conventional commercial gain. It came up in 2006 during the COPA trial.
In my case, I was thought to have suggested that I was capable of committing a particular crime, with respect to a fictitious screenplay I had posted and that was later discovered by school system officials (in 2005) while I was substitute teaching.
But in the screenplay, there was an introductory circumstance (a heart cardiac arrest and subsequent defibrillation by a student) that was totally fictitious, and moreover, improbable on its face.  (On the other hand, that could be one reason people write and publish fiction, to show what “could” happen.) However, the mere improbability of the chain of events in the screenplay would seem to mean it couldn’t have been my “purpose” in writing and self-publishing the work, to induce someone else to assist me to commit illegal behavior later occurring in the screenplay.
A “null hypothesis” in this sort of situation would be that promotion of illegal behavior in others was not likely to occur because of the publication of the screenplay.  Analysis of the fact pattern would not lead to rejection of the null hypothesis.  It seems to me that this sort of analysis could occur in cases where prosecution wants to prove “intent” or “purpose.”
The "null hypothesis" concept and its use in investigation appears in the recent indie film "The Double" (reviewed on the movies blog Nov. 5).
Posted by Bill Boushka at 2:25 PM No comments: