A retrospect: for the COPA litigation, I stayed "in" to the end, when I did face challenges 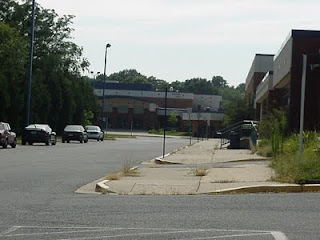 As I look back over my experience with the COPA litigation, I realize it ran a long time, from 1998-2006 (when I attended the trial for one day in Philadelphia).
I do recall some people with whom I had corresponded by email or phone in 1999 who had dropped out as plaintiffs or sub-plaintiffs (under Electronic Frontier Foundation) by 2004 or 2005.
From a practical viewpoint, it was probably important that as many plaintiffs remain active as possible, in order to get the final "victory" as already documented here.
Had my life taken a different course around, say, 2003, I might have had to drop out. For example, in the days before social media were well established, I had advocated a principle by which those who have other people report to them in the workplace, or who make decisions about customers or students, generally should not self-publish their views or even literary works on the Web.  Had  I become a fully licensed math teacher with the intention of working several years with the authority to grade students, I would have had to remove everything from the Web for that period and withdraw from the litigation.  (There is some discussion of this matter and “conflict of interest” on the “BillBoushka” blog Sept. 27, 2010.)  That could tie into the idea of “implicit content” which was mentioned the day that I was there.
Posted by Bill Boushka at 2:45 PM No comments: