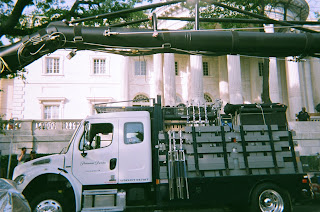 The Supreme Court on Tuesday (ironically, midterm Election Day) heard the arguments in Schwarzenegger v. Entertainment Merchants Association, over a California law prohibiting the sale of violent video games to minors, following the notion of the “harmful to minors” construct well known from COPA. The plaintiff is also known by several acronyms, such as EMA, ECA, ESA.

A site called “Joystiq” has a report on the arguments by Christopher Grant, with a Scribd PDF of the oral arguments, here.  AOL published this to its subscribers this morning.

Reportedly Alito ribbed Scalia on what James Madison would have thought of video games.

Many observers fear the effect of this case on other areas of entertainment, especially movies; the R-rating could become stricter as to violence. I recall being prohibited from seeing violent movies as a kid in the 50s; around 1952 or so there was a Saturday morning show “Movies for kids” that showed segments of “The Clutching Hand” that was disturbing enough then!
Posted by Bill Boushka at 10:15 AM No comments:

Some sites with teen-OK text or forums may display questionable images in ads; would this have been a COPA issue? 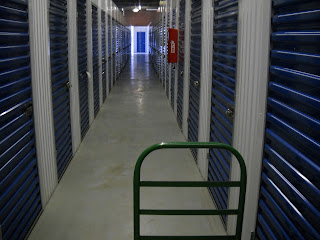 I’ve discovered at least one website, “Just us boys” which, while offering valuable content about LGBT issues (including discussion forums) which certainly could have social and political value for older minors, displays some pornographic ads. I’m not sure what would have happened in COPA with sites whose own content did not fall within the HTM definitions but whose ads did. But the site says you can suppress the ads by supporting the site. That certainly is objectionable, at least in a practical sense.

The particular file was a forum about the Tyler Clementi tragedy, which I discussed on my GLBT blog on Oct. 27, 2010 (the link is there).

The site has an “excellent” reputation with Mozilla’s Web of Trust, which is more concerned perhaps with malware than content. Likewise, McCafee site advisor gave it a green light. Neither McAfee, Webroot/Sophos/Spysweeper, nor Kaspersky gave me any warnings.

Visitors to websites that discuss sexual issues may, however, feel concerned about finding unwanted images or ads. Parents who would not object to the content might object to their teen kids finding the images. In some cases with some sites, a computer user could not know if a subject in such an image was under 18 and possibly exposing the user to potential legal risks if the cached image were later found on the hard drive.
Posted by Bill Boushka at 3:26 PM No comments: