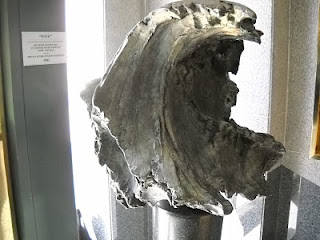 Craigslist has “self-censored” and removed its “adult services” link from its “Services” section, replacing it with a graphic of white letters on black, reading “censored”. The ABC News story by Kevin Dolak is here and was a lead story for Google account members to see when signing on Saturday afternoon.

Pressure and jawboning from officials of 17 states contributed to Craigslist’s decision. Connecticut was the leading state.

The states’ attorneys general had written that women and children might be victimized by the ads.

Yet Jim Buckmaster had written in Craiglist’s blog Aug 18 that “Manual Screening Matters”, link here.  But CNN says it tried to "test" the manual screening and Craigslist accepted the add that common sense said was HTM and that violated Craigslist's guidelines.

Coincidentally, in the early briefings in the whole COPA process, I recall that EFF and the ACLU made much of the prospect that plaintiffs would have to self-censor while trying to guess what content was would be legally acceptable.

David A. Fahrenthold has an article in the Washington Post, front page Sunday morning Sept. 5, "Craigslist stops offering links to 'adult services' ads", link here, and the article says "Legal experts say it is difficult for state prosecutors to charge Craigslist for sexual ads, because of a federal law that limits the liability of Web sites for content posted there by others."  That refers to Section 230 of the 1996 Telecommunications Act, an essential protection against downstream liability that makes it possible for ISP's to let people publish on the Internet without third party review (including this blog).
Posted by Bill Boushka at 2:04 PM No comments: