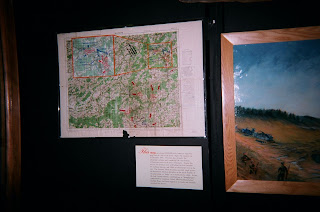 The Supreme Court, in considering a ruling from the Ninth Circuit to overturn a California law that prohibits the sale or rental of violent video games to minors, is bringing back some of the concepts familiar from the COPA trial. That is, whether the content of the games has legitimate social or scientific value with respect to minors. It's the same formulation of the "harmful to minors" concept.


The case is enriched by the economic importance of video games, which has grown in relation to movies (which also have a partially successful rating system), with a typical story in the Norwalk Reflector here.  The video game business has become an increasingly visible portion of movie studio business financially.

The case goes before the Supremes at a time when movie studios are facing criticism because it is so easy for minors to see R-rated movies online or see unrated versions of trailers, often embedded in blogs. That observation could recall some of the questions that came up with COPA.

But another component of the video game case is whether the First Amendment allows exceptions for extreme violence in a manner similar to obscenity. The case is Schwarzenegger vs. Video Software Dealers Association.

There has been little written in recent years about state clones of COPA (such as that in Virginia) which would probably become unconstitutional according to the same rationale as was used for COPA.
Posted by Bill Boushka at 4:37 PM No comments:

MPAA cogitates over movie trailers; should users be screened for age to view them? 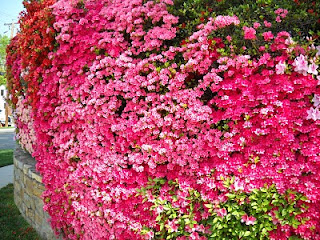 The Business Day section of the New York Times today Friday April 23 has an article about Marilyn Gordon, the MPAA (Motion Picture Association of America) advertising standards guru. The story by Brooks Barnes is titled “Deciding what is suitable in movie ads”, link (web url) here.


While some of the material would apply to bricks and mortar issues like billboards, her biggest issues is regulation of the content of trailers for R-rated (and NC-17) movies.

Many trailers can be viewed on multiple websites, and are often embedded in blogs, including mine. Should trailers with “R” content require adult verification? (The Times article mentions the idea.) That would mean that blogs embedding them would require the verification unless they were blocked automatically within the blog by some kind of labeling or metatag process. That issue has already been visited with the COPA trial.

A related issue is the ease with which kids could play R-rated movies over the Internet, even when paying for them legally by subscription, at free sites, or by P2P.
Posted by Bill Boushka at 6:28 PM No comments:

Labels: movies and trailers on the Internet

Courts, legislators look at "cell phone" problems and teens, may moderate the law A federal appeals court has ruled that prosecutors in Pennsylvania cannot require minors who took “illegal pictures” of themselves on cell phones to write essays or engage in “compulsory speech” to avoid felony prosecution, according to a story March 17 in the Huffington Post, here here.

Kyra Phillips on CNN interviews a 20 year old, Phillip, in Florida, who has been labeled for life as a “sext offender” for, in a fit of anger, transferring an inappropriate picture of a 16 year old girl friend who had broken up with him.

Kyra also talks about efforts to change the laws, so that these will not be prosecuted as felonies and people will not be registered as s.o.’s. She talked to a Connecticut legislator.
Posted by Bill Boushka at 6:31 PM No comments: