Law banning commercial sale of depictions of animal cruelty brings back some arguments from COPA, CDA 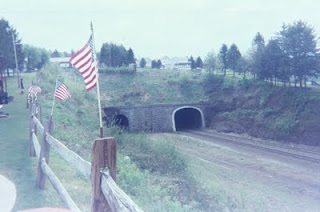 There is a law, passed in 1999, regarding the sale of depictions of animal cruelty, which in some ways resembles laws against obscenity and child pornography, even COPA. The law is USC 18.3.48 with Cornell Law School link here.

Some of the argumentation dealt with “crush videos” and the idea that for some people they represent a sexual fetish. Other argumentation sounds familiar from COPA.

Back in April, the Supreme Court indicated that it will hear a case challenging the law on First Amendment grounds, partly because it could interfere with legitimate reporting. The sale becomes illegal when the act is illegal in the jurisdiction sold. So, theoretically, it’s illegal to sell a video of a bullfight in Spain. There was a comprehensive story in “Finding Dulcenia” by Rachel Balik in April here.

The 3rd Circuit had struck down the law in United States v Stevens, but the Justice Department is arguing for its reinstatement. The defendant had been prosecuted after Pennsylvania police were able to purchase some video that he regarded as educational.

The First Amendment Center has some legal analysis here.
Posted by Bill Boushka at 10:44 AM