Retrospect: How others see my involvement in the COPA trial 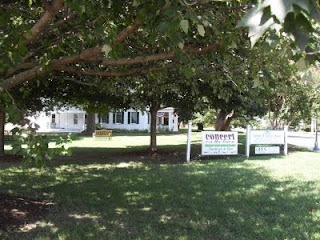 I just noticed this today while researching other stuff: I’m identified on the right frame of the Nerve Blog on the COPA trial (from October 2006). The entry that comes up is here. I like Nerve’s characterization of me as “an outspoken critic of the U.S. military's "don't ask, don't tell" policy and author of Do Ask, Do Tell: A Gay Conservative Lashes Back". That's a fair characterization of me!
Posted by Bill Boushka at 8:47 AM No comments: 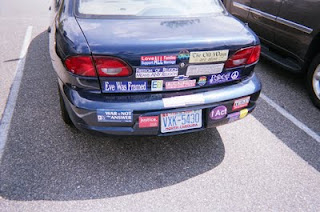 Recently I purchased the 2006 version of Lawrence Lessig’s revised book “Code”: that is, “Code 2.0”, from Basic Books and Perseus Publishing.

I plan a complete review soon in my books blog, but I notice that he has quite a bit to say about COPA (and the earlier CDA) and is optimistic that a relatively simple content labeling system would effectively protect minors.

Early in the book, he notes that commercial interest, through cookies and behavioral tracking, have developed the potential capability for webmasters to determine much more about visitors than plaintiffs against COPA-like laws admit. Later (around p 252) he talks about the real world examples of what is expected of vendors not to sell certain things to minors, and indicates that there is a burden in cyberspace that is much harder than in physical space. He suggests that the "Identity Layer" related to TCP/IP could be engineered to identify whether a user is a legal adult, with little cost to speakers.

Access can be blocked, he says, when speech is “regulable” and the listener is a “minor”, but the burden on regulability is on the speaker, but on identifying the listener is on the visitor (that is, the parents or teachers, usually).

He suggests that self-publishers or speakers on the Web be required to place metatags like “
Posted by Bill Boushka at 6:06 PM No comments: