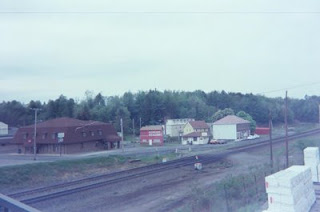 In the COPA case, courts at all levels have said that, given any particular paradigm of distribution, legally driven censorship based on content is unconstitutional. Within the particular delivery method, one must use the least restrictive means in filtering out content from immature or minor users. That should mean that, given the premise that the “free entry” Internet is to be used to argue a particular position about something, all points of view have an equal chance under the law.

But is the “free entry” that we have become accustomed to itself constitutionally guaranteed? First, it exists because the business models that support it have worked so far, but they could be challenged by the economic collapse and by technology that enables visitors to block advertising. Second, it has stayed around for the past dozen years partly because of built in protections for ISP’s against downstream liability (like Section 230 of the 1996 “Communications Decency Act”, a section that was kept, and later the maligned safe harbor provision of the DMCA (Digital Millennium Copyright Act). Another threat, however, comes from the asymmetry inherent in free entry, which tends to suggest that in some situations unpredictable risks can occur for others. Some examples (a very few of them tragic) have to do with cyberbullying and “reputation” issues associated recently with youthful behavior on social networking sites. That could lead some day to requirements for third party supervision, bonding, for enough revenue stream to cover risks, or various forms of mandatory insurance, that could end the opportunity for free expression as we have become accustomed to it. I’m not sure that there is any reason that it would be patently unconstitutional to “regulate” self-promotion, independent of the content. So a law requiring bonding or insurance as a condition for access to free entry would not be unconstitutional (in comparison to laws like COPA) because it would not be content-based.
Posted by Bill Boushka at 6:01 PM No comments:

COPA: while we wait: will the DOJ appeal? Schools need to do more 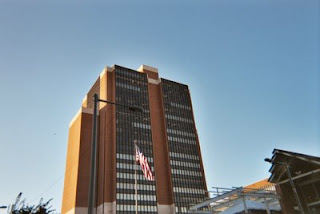 While we wait to see what the government and Department of Justice does about the latest round of COPA (the appeals court ruling in July), I still wonder this: was the battle over the Child Online Protection Act in practice a cultural battle between those who have kids and those who don’t? Is it somehow a de facto cultural battle between singles and married? Between gays and straights?

The reaction that I have sometimes heard from a few people something like is, “how dare you engage in something that would endanger my child. You don’t know what “responsibility” is. You have no right to be heard from.”

But it seems that the “burden” of protecting children on parents seems more a matter of economic class and education than simply having children or not. By and large, parents in reasonable-income homes (that’s getting harder during the economic crisis) know how to use filters, and by and large, their kids do know how to use the computer responsibly. I disagree that the “family computer” always needs to be in a public area of the house; older teens who understand the responsibilities and risks and who have earned trust of their parents should be able to have access to the Internet on their own; they may need it for school work.

Learning to use the Internet responsibly is like learning to drive a car. Public school systems should be doing much more to provide instruction on responsible use of the Internet, but often they don’t have the expertise themselves within their teaching and administrative ranks. In harder economic times, it is up to the software industry to reach out and help them.
Posted by Bill Boushka at 5:45 AM No comments: