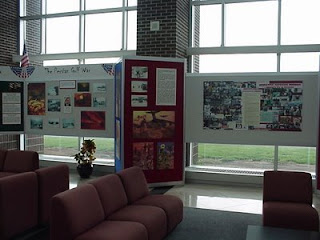 NBC4 in Washington DC today announced the arrest of Peter North, 54, a computer specialist from the Department of Homeland Security, for visiting child pornography on his computer, apparently at home. The NBC link is here. The DC Examiner story is here.

The Center for Missing and Exploited Children in Alexandria helped, as did his Internet provider, Comcast. It appears that he used P2P networks had a large volume of images. (Note on Missing Children's website: the ".org" domain is a parked domain exploiting this name to draw traffic; use .com.)

Nevertheless, civil liberties experts question involving a private company this way in an investigation, because the “First Amendment” defense does not apply with a private company. I’m not sure how that claim makes sense with material that is actually illegal and not constitutionally protected anyway (from government intervention, relative to the protections of the First Amendment).

The TOS concept would be more troubling if a law like COPA were in effect.

Civil libertarians also point out the possibility of accidental access of illegal material, such as if clicking on a link in a comment sent to a blog to see if it is appropriate to approve. Theoretically, possession of even one image on one’s hard drive is a crime. In practice, however, to date prosecutions have involved only repeated and massive infractions of the law. The incident in today's NBC story appears to be a massive violation of the law. The possibility of framing of someone with hacking activity would seem to exist, given some of the problems (like domain name manipulation, reported on my identity protection blog) being discussed recently at the Black Hat convention in Las Vegas.

An earlier story occurred in February 2008 with a Republican Maryland General Assembly delegate from the Hagerstown area, Robert A. McKee, who resigned after his home and computer were searched and physical videotapes and printed matter were looked at as well, as in this Washington Post story (by Philip Rucker) from 2/16/2008, link here. Despite the concern that this issue could lead to wrongful searches and even prosecutions, it seems that in the major cases reported in the DC area, there really was plenty of physical evidence, outside of just IP and network tracking.
Posted by Bill Boushka at 2:06 PM No comments:

COPA: Third Circuit made some specific, interesting points in Opinion 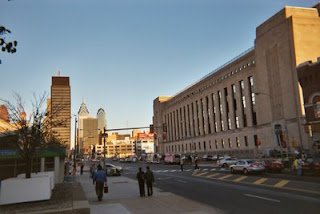 The Third Circuit’s opinion is relatively brief but bears a reading. The PDF file (link in the last post) runs 57 pages. There was a three-judge panel comprising Justices Ambro, Chagares, and Greenberg.

The Opinion starts out with a discussion of the “law-of-the-case” doctrine and then reviews the long history of litigation and its two previous opinions. “The Supreme Court’s decision left untouched our conclusion in ACLU II other than our decision that filters are a less restrictive alternative than COPA for advancing the government’s compelling interest at stake in this litigation” (pp 17-18).

The Appeals Court agrees with previous comments that “taken as a whole” can, in a practical world, be reasonably interpreted only in relation to a specific web page that a visitor may encounter randomly, as from a search engine. A minor may not reasonably know the context intended by the author of a particular page; she may not bother to find out, or may not have the cognitive maturity to grasp the intentions of the expression on an isolated page relative to other materials. But the Third Circuit goes on to use this interpretation to build a case for a finding of overbreadth (pp 20-21). The Court also agreed that the language of the statute could allow the concept of “commercial” use to be interpreted broadly by prosecutors, to include selling of ad space to automated algorithms, or to the use of apparently free content to obtain a purchaser later, or even the earnings of small income to defray costs of maintaining the site (p 23). The Court dismisses the government’s claim that the statute applies only to “commercial pornographers” as the concept is usually understood by the public.

The Appeals Court also made important observations regarding the compromise of anonymity (and possible exposure to identity compromise) in using credit cards or adult-id schemes, and suggested that the requirement could end the practice of providing much free content on the web (which is, as we have noted in other blogs, largely possible because of advertising, or sometimes possible because publishers have stable other income) (p 31). The Court wrote an interesting comparison to id schemes in the digital world with “binder racks” in physical stores.

The Appeals Court also agrees with the District Court that the voluntary use of filters available now is more effective in protecting minors than would COPA be.

On p 57, the Appeals Court concludes “In sum, COPA cannot withstand a strict scrutiny, vagueness, or overbreadth analysis and thus is unconstitutional.”
Posted by Bill Boushka at 6:05 AM No comments: