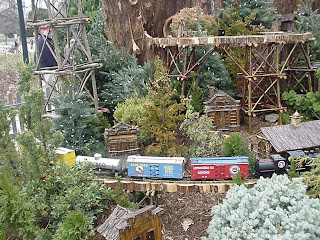 The Supreme Court today upheld a controversial provision (called colloquially the PROTECT Act) of USC 2252 a3b. The Cornell Law School link for the law is here. The case is United States v. Williams and concerns only a portion of the conviction of Mr. Williams. The concern was that possession or exhibition of movies or videos, DVD’s, etc, or even website videos of some scenes from movies like Steven Soderebergh’s "Traffic" could lead to prosecution under the “pandering and solicitation” provision of the child pornography law, even when using youthful-looking but legally adult (18+) actors in explicit scenes. The concern has been raised about many other films (like the indie “Mysterious Skin” and maybe “The Deep End”). Some people had suggested that prosecutions could happen if merely talking about a c.p. item was "pandering" it, and it is true that one can be prosecuted for trying to distribute an item not physically in one's possession, or even an item that does not exist but that the speaker and / or message recepient believes to exist. Justice Scalia, in the affirming opinion in the 7-2 vote, said that it could not be construed this way. His opinion does stress the concept "explicit" is clearly written into the law (p 10 and 11 of the slip opinion, below), and therefore the implied but visual portrayal of teen sex in some "R" rated movies (the rating system is mentioned) is not at risk. In some way, the underlying illegal material (even if only "believed" to exist) must involve images. There was dissent. Justice Souter felt that possession of certain images could not be prosecuted, but pandering of them could be.

The text of the Opinion is here on the Supreme Court's own site (PDF format) as a slip opinion. It could have minor editing later.

The AP story is by Mark Sherman and appears here.

The CNN story is by Bill Mears, the CNN Supreme Court Producer, and appears here.

Linda Greenhouse has a straightforward story on page A17 of the May 20 New York Times, here, and explains the details and circumstances of Mr. Williams's federal criminal convictions.

Fred Barnes has a particularly cogent report on p A01 of the May 20 Washington Post, here. This is the clearest discussion so far of the somewhat confusing issues involved. The Post also published a cogent editorial May 22, p A24, "Safeguarding Children
The Supreme Court upholds a carefully crafted law targeting child pornographers," link here.

There remains a nagging concern whether a prosecutor might not agree with Scalia’s analytical comments that legitimate artistic films or videos (or advertisements for them) are “safe” and go after them. The Post editorial expresses a concern that prosecutors might not stay within the very narrow implementation given by the justices, who apparently didn't want to send this issue back to Congress (again).

However, in practice, the most common method of enforcement will probably be chat room stings by law enforcement, similar in technique to what we saw on Dateline. Courts have repeatedly upheld such stings (also buttressed by USC 2242, the "coercion and enticement" law).

The Supreme Court had overturned a "similar" law in 2002 dealing with computer simulation of c.p., which, it was said, could have made "Romeo and Juliet" movies illegal.
Posted by Bill Boushka at 10:32 AM No comments: 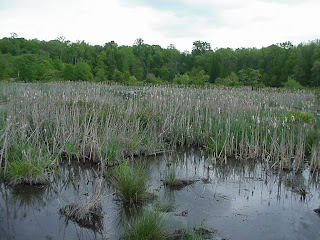 As I noted earlier this week on my Major Issues blog (link here), school districts are becoming much more concerned about the “implicit” harm to minors that comes from the social context of much content on the Web, than they are about pornography specifically, or about the supposedly narrower definition of “harmful to minors.”

Recently, there has been a lot of media attention to cyber bullying, which usually takes place from home, but which concerns school systems if the effects come into the school campus. There has also been concern about content posted by students and often enough, teachers, which might be generally acceptable on the Net in an “open society” familiar with other media (like the content of movies) but which could affect a teacher’s or student’s “reputation” when found directly by searches and misinterpreted out of context.

Some teachers, including substitutes, have been disciplined or fired when content was found and generated complaints from parents. Some of the issues that have occurred included: use of certain words with double meanings, self-misrepresentation in “fiction” or “role playing”, underage alcohol consumption or drug use or promotion, semi-nudity that is provocative but that does not meet the usual meaning of pornography, or suggestive phrases used by people in looking for dates.

Substitutes can often be removed from lists at specific schools without cause or explanation, and Internet speech can definitely lead to this, leading to deadlocked situations where the substitute teacher cannot get a "rational" answer to what was objectionable about his or her speech, or have a normal opportunity to use First Amendment arguments.

School districts could consider written personnel policy changes that could entrench the teachers' role "in loco parentis" in balance to public employee First Amendment claims. Generally, state laws regard teachers as having "custodial" or supervisory relationships with students, but school districts could explicit say that this relationship extends to public spaces on the Internet (especially those accessible to search engines), even for subs (at least for long term subs). This sounds like the "at all times and in all places" doctrine of the military. They could hold teachers responsible for how students may interpret content found randomly out of context, as to "purpose" rather than just as an abstract artistic expression. This could lead to legal complications and in some cases might motivate enticement-based prosecutions. It might drive people away from teaching.

It's also noteworthy that a quiz at the recently opened Newseum in Washington DC specifically reiterates the idea that a principal may censor a student's personal Myspace or Facebook page only when school function or safety has been or is obviously likely to be endangered. It would sound as though a similar First Amendment interpretation would apply to teachers, but it sounds as though it is possible that the law could take into consideration the function of the teacher as a role model or custodial or authority figure.

Again, I wonder how content labeling could be used to help manage this kind of problem.
Posted by Bill Boushka at 9:06 AM No comments: