COPA: Was it really a "married adult online protection act"? 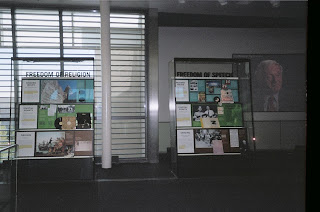 While we wait a report on the progress of the DOJ appeal of COPA before the Third Circuit, I think we can contemplate another “practical” feature of attempts behind laws like CDA and COPA. Particularly, I wonder if COPA was as much a MMOPA (“Married Men Online Protection Act”) or even an “Adult Online Protection Act” as one for children, despite all the pretense of adult-id’s and proposed verification schemes that the trial court determined could not work reliably (and better than filters).

Indeed, there have been some pretty tragic and disturbing cases of families hurt by the behavior of other adults online in the news recently, as on my Internet Safety Blog -- but that is the point, Internet safety is an ongoing effort.

More to the point, is that the availability of online materials for “fantasy” may be perceived as threatening to marriages as couples grow older and need to maintain emotional loyalty and interest – particularly if there are still minor children at home.

The new Newseum in Washington DC has a large First Amendment and free speech exhibit. I didn’t see any specific mention of COPA there yet, but there is a lot of material on student free speech. Perhaps that is coming soon.
Posted by Bill Boushka at 7:05 AM No comments:

Web of Trust concept; more on implicit content: watch it with new legislation 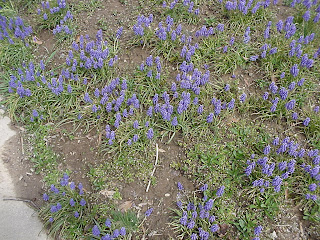 Yesterday, I described a new website safety rating mechanism, “Web of Trust,” here. Relative to this blog (originating with COPA and an interesting in labeling as a solution), the most important issue would be the reputedly “unsafe” nature of many supposed “adult sites.” It’s not clear if that represents primarily the risk to minors from them, or the fact that some of them may have malware on them.

But MYWOT sounds similar in concept to the idea of content labeling. It sounds like a way for the user community to effectively put a “label” on a website. One could imagine further steps to bring such labels into metatags.

One issue in “child safety” goes beyond the legal notion of “harmful to minors” as it was litigated with COPA (and is mentioned in a few other bills now in front of Congress – see earlier posts here). That is, as we have called it, “implicit content,” and that could become a relevant concept to a user-generated rating (or even labeling) process.

That is, some visitors wonder, when they find provocative material, what the “purpose” was of the posting, what the author had to “gain” from the posting. This could create legal issues with the concept of “enticement,” and raise a safety question. Some people see this sort of problem as analogous to requiring the leaving of "tempting" food out of reach from bears (in a tent) when camping. You have to take the time-consuming or "expensive" precaution of tying the food above ground, to protect self and the "resident population."

We’re seeing this sort of reaction in the world of social networking profiles, as employers and others have become very concerned about “self-defamation” in profiles. It gets perceived as a way to encourage others to imitate certain destructive behaviors (like the underage drinking and drug use).

I also would become concerned that religious or cultural “anti-gay” notions could cause a perception of “unsafeness.” Some people view openness to procreation as an intrinsic part of “respect for life” and see open “admission” of homosexuality as a deliberate attempt to make others uncomfortable with their own ability to form and raise families. That process is much more important than we have though for some time, and has become apparent again on the Internet, just as that kind of thinking drove some of the anti-gay fervor of McCarthyism until the early or mid 60s. That is one reasons why biological or immutability arguments seem much more socially acceptable to people than presentations about personal choice of “values.” Some people believe (perhaps for religious reasons) that those who “relinquish” their desire to have a lineage open themselves up to expropriation for those who will raise families, and this would be part of a natural moral order, quite separate from our system of law now which has become increasingly individualistic. That sort of thinking makes certain self-portrayal akin to "obscenity" in a psychological view that resembles religious notions of "blasphemy." It reminds one of the concept behind the two "Ring" movies! All of this can track back to concerns about the motives people have for their writings, especially online. I ran into this when working as a substitute teacher with my writings, and some of them were included in the submission to the trial in Philadelphia.

In the early days of COPA litigation, the plaintiffs sometimes advanced the theory that COPA could be used to suppress all commercial gay web material. That may not seem credible given the literal wording of the HTM concept, but if one considers “implicit content” as an issue, it seems more feasible. It will have to be watched in conjunction with new bills in Congress as well.
Posted by Bill Boushka at 1:43 PM No comments: