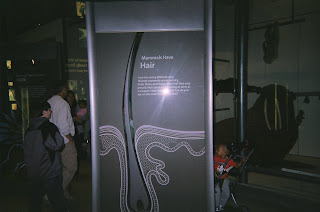 In the first go-around before the Supreme Court with COPA in 2002, the Court, recall, ruled that the statute couldn’t be invalidated just on the basis of a community standards argument alone. In general, with troublesome issues, the Court held, it’s important, even with the Internet, to maintain the possibility of using the community standards concept (the Miller and Hamling tests, etc.). It’s been OK to use it with obscenity, so one cannot dismiss the concept out of hand. Justice Breyer had suggested the possibility of a “national community standard” for what “harmful to minors” might mean.

Eventually, as we know, COPA was returned to the district court in 2004, and the District Court in Philadelphia struck it down in March 2007, about a year ago today (see this blog), on other grounds, much of them having to do with the ambiguity of the HTM concepts and the impracticality of the “adult id” affirmative defense. It is now under appeal by the DOJ and we may learn something about how the oral arguments went soon.

But I wanted to note that the emergence of social networking sites, with the idea of affinity groups (a concept particularly promoted by Facebook) at least provides some practical implementation of the notion of “community standards” within online communities.

Consider the issue of the “screenplay” that got me in trouble (as I explain in the July 27 2007 entry on my main "BillBoushka" blog [links from profile]). I had posted it in the "scrplys" directory of my very public doaskdotell.com website in the early spring of 2005, just about the time social networking sites were starting to be noticed. Later, as I was still substitute teaching, the concern surfaced that, although the screenplay was fiction, the main character resembled me and that, when found by students at home, it might be viewed as “enticing.” Although the material probably did not fit the strict definition of HTM in COPA, the ACLU attorneys included the item in the materials submitted to the Court in the 2006 COPA trial.

The emergence of social networking sites and affinity groups raises the opportunity to circulate risqué materials in a closed group. Some cities have in-person screenwriting groups and even table readings, but the possibility exists for carrying out such activities online (even the table readings) with specialized web applications. The question arises, then, why wouldn’t such technology (which could either be web-based or perhaps P2P) provide an adequate opportunity to circulate such materials in places where they will get the constructive attention (leading to possible sale) that the writer really needs? One example would be the three Project Greenlight screenwriting contests held (by Miramax Pictures and Dimension Films) online a few years ago.

The issue here is not so much HTM as “implicit content” – imputing the risk that material will be misinterpreted (as to legal intention) when found by search engines out of context.

Facebook does have a group called “Hollywood Interrupted” which I have just started to explore. You have to join Facebook first to sign in, but anyone can join now and start by affinity just with the city of residence. The visitor may want to check “Fun Joey’s” blog entry on this.
Posted by Bill Boushka at 9:39 AM No comments: 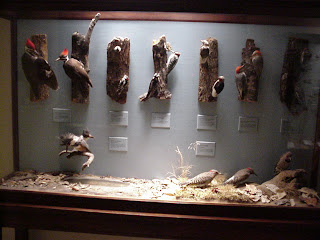 Should public school systems be concerned about COPA? I think so, although it has to be put in perspective.

In the Spring of 2005, when I was substitute teaching, I did have the experience of briefing some social studies and history teachers on the issue in their teachers’ work room during the “planning period,” at a Fairfax County secondary school. We looked up the 2004 Supreme Court Opinion (which called for a “trial on the merits” while leaving the injunction in place) in work rooms in the computer, and then I showed them a link on my own site of my visit to the oral arguments at the Supreme Court on March 2, 2004, link here.

Later that Spring, in Arlington, at the Career Center, I would address some students on Internet safey and COPA was mentioned at least briefly.

This turned out to be dangerous. My openness about my material got me in trouble the following fall at another high school, here.


COPA, the government claims (and still does, in its latest appeal to the Third Circuit) was aimed at preventing commercial pornographers from displaying “harmful to minors” material on “teasers.” It was essentially a “son of CDA”, supposedly allowing an adult-id mechanism, which the trial record shows could not be very effective, to provide an affirmative defense.

It the DOJ is to be believed, it hardly seems that these “teasers” are the main threats to kids on the Internet. Anybody who watched NBC Dateline and Chris Hansen’s sensational TCAP series about chatroom stings knows that. Furthermore, one of the biggest problems is kids posting inappropriate personal information about themselves and their families on the Internet, especially in social networking sites, for the future viewing of employers and schools. The ethical issues underlying this whole problem are well beyond the scope of COPA (they invoke the idea of “implicit content”).

It’s interesting how lawyers on both sides are well paid to write detailed briefs on matters that now seem to miss the real points that we should be debating.

Were I to have a similar opportunity to speak at school today, I would have to stress these other matters, but one new wrinkle is also content labeling. That’s a great idea, but already some proposed legislation in Congress would muck it up, with mandatory features affecting even non-adult portions of small business websites. One must proceed very carefully with this. The visitor can keep track of the legislation at my Wordpress blog, here. That link also lists some other laws (regarding filters used in school libraries) that are sometimes confused with COPA.
Posted by Bill Boushka at 6:17 AM No comments: