"Virginia's COPA": 4th Circuit had ruled in 2004; status is uncertain 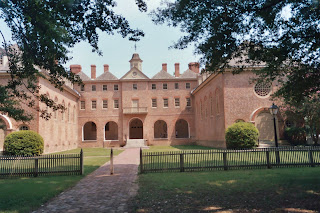 There is a Fourth Circuit ruling in PSINet et al and United States Internet Service Provider Association v. Chapman and Cambloss, Commonwealth of Virginia, regarding Virginia Statute 18.2-391 (link which might be considered “Virginia’s COPA.” The law, in a manner similar to COPA, would penalized the posting of (effectively) “harmful to minors” material for commercial purposes, in addition to existing sales of these materials in the print, video or “bricks and mortar” world. The Fourth Circuit decided the case on March 25, 2004, and the link is here.

The opinion is quite complicated to read (more complicated than Supreme Court or Judge Reed’s District Court ruling(s) on COPA, and it mentions COPA only once, in a dissent.

There is a lot of discussion of an earlier case Virginia Booksellers Association v. Virginia The Appeals Court disagrees that earlier law would automatically include regulation of the Internet, and it also reiterates the now familiar arguments that make laws like CDA and COPA overbroad from a First Amendment perspective.

The text of the law, as written, does not appear to offer the use of an adult ID as an affirmative defense, but the Commonwealth apparently argued that this is implied. The credibility of these as a defense in a law like COPA has been successfully challenged.

It is not immediately clear if the Virginia Supreme Court still has other matters to decide with 18.2-391, and I’m still trying to find out. With Judge Reed's opinion on the books for COPA, it is hard to see that the Virginia law could stand as long as COPA itself is invalid.
Posted by Bill Boushka at 12:02 PM