Just as with COPA, govt. goes after Amazon used-book records, then drops the matter 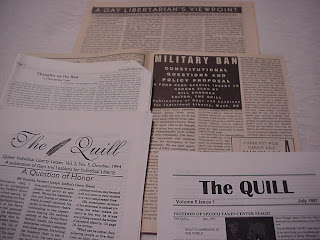 Back during the prequels to the COPA trial in 2006, the government asked for search engine records to see whether visitors were looking for “prurient” material on the plaintiffs’ sites. Eventually a modified request was granted (without identifying the visitors). In the past few years, however, as on a recent FBS Frontline and “America at a Crossroads” report, the government has obviously been tracking millions of online communications in order to try to identify terrorist threats, with some of the material going through super computers at the National Security Agency between Washington and Baltimore.

However, in a victory for privacy, federal prosecutors dropped a subpoena for the identities of people who bought used books from a certain Amazon reseller, in a case where the reseller was being pursued. The AP story by Ryan J. Foley is “Government Drops Pursuit of Used-Book Buyers,” p D3 of the Washington Post, Nov. 28, 2007, here . Similar concerns have been raised about Patriot Act provisions that would allow the government to seek library records and gag librarians from disclosing the requests.

What could be interesting if some other version of a COPA-like law (from the “Enough is Enough” effort (such as the Internet Safety and Child Protection Act of 2005, S1507), or “DOPA”, H5319, passes and then is challenged on grounds similar to that of COPA. The government is likely to need or want to fish for Internet records again.
Posted by Bill Boushka at 7:12 AM No comments: 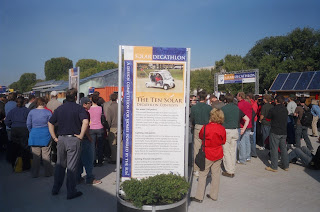 The ACLU recently filed its brief in reply to the government’s appeal to the Third Circuit in Philadelphia on Judge Reed’s March 22, 2007 ruling striking down the Child Online Protection Act of 1998. The government will file a replay to the ACLU’s reply by the end of this month. Oral arguments could occur sometime in late winter or early spring of 2008. However, the Third Circuit has twice struck down COPA, once on a community standards argument that the Supreme Court nixed, and then on a topological argument.

The ACLU document was rather short and limited in pages (the length is 62 pages). It is signed by Aden Fine, dated Oct. 22, 2007. The ACLU has asked plaintiffs not to place this brief on the Internet yet, but says it will have a slightly revised version that can be uploaded soon. I would expect to see this happen within about a week.

The arguments are the same as we have already seen. Oddly, it argues that in some ways COPA is underinclusive (it picks on HTML, it doesn’t work overseas). It suggests several ways that other legislation could have been crafted that would make such a law less overbroad, such as restricting it to images, or restricting it to civil penalties, or by having a blacklist. But all of these proposals would generate their own objections. Individual rights activists and libertarians always say it is dangerous to give “the enemy” “ideas”, but one must sometimes do that in the interests of individual honesty.

Much of the document deals with the deficiencies of the proposed affirmative defenses (credit cards and adult-ids) which are becoming well known. One wonders what would happen if PC’s have the ability to accept biometric ID’s some day (like retinal scans).

The brief also acknowledges that Reed’s opinion did cite that at least three of the plaintiffs had material that might well have fit the definition of “harmful to minors” under the statute. The implication may be that (in the Judge’s beliefs) the material on many other sites (including mine) would not have been treated by the Department of Justice as harmful to minors. However, during the trial, when I was there (Oct 30), the judge acknowledged that the notion of implicit content could make future cases on the web difficult to resolve.

An appeal does not involve hearing more testimony. However, it might be possible for me to travel to Philadelphia to hear the oral arguments.

There is an image copy in PDF format of the ACLU brief here.
Posted by Bill Boushka at 2:11 PM No comments: