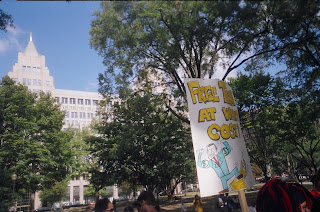 USA Today on Thursday Oct. 25, 2007 has a story by Joan Biskupic, “Fight over TV Indecency is on high court’s doorstep: Case to test FCC’s attempt to limit expletives,” on p A1. There is no online article on the site yet.

Last June, the 2nd Circuit had overrules the FCC’s rules (that date back to the ‘wardrobe manfuction” of Justin Timberlake and Janet Jackson at a superbowl), the CBS fine for which is still before the Third Circuit, and to earlier incidents involving Fox, Cher, and Nicole Richie.

An earlier story is here.

A discussion of the FCC appeal is here:

At a conceptual level, the use of expletives may be misleading. In the COPA trial, discussed on this blog, much attention was paid to what fits the three prongs of HTM material, and in the earlier CDA trial in 1997, there had been concern over just what “indecency” means, although George Carlin’s seven bad words came up as a benchmark. In today’s world, it is “implicit content” (the likely interpretation of visitors and what they may feel motivated to do, especially minors) that will become the controversial concept.

The Fox and CBS cases cover another problem: Cable television channels do not face the same restrictions as do major broadcast networks, and neither (now at least) do Internet bloggers and publishers.
Posted by Bill Boushka at 7:45 AM No comments: 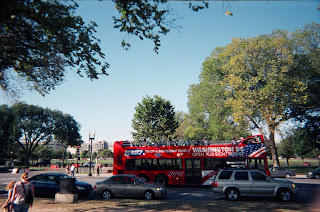 The ACLU reported in a blog entry on Sept. 19, 2007 that it had received the government's brief of the appeal to the Third Circuit on Judge Lowell Reed's decision March 22, 2007 striking down the Child Online Protection Act (COPA). The blog entry is here.

The government is still trying to argue that COPA has a much narrower scope than what the words in the Act text themselves seem to imply. The argue that the Third Prong would apply only to older minors. They also argue that "commercial use" is really only commercial pornography (although the text of COPA clearly says otherwise).

So we seem to be running around in circles, quibbling about the scope of language. Whereas around us, the practical issue today is implicit content, a subtle issue that has surfaced with the social networking sites. There are legal risks in that concept that have barely been understood so far.

My journal continues....
Posted by Bill Boushka at 9:13 PM No comments: