COPA: book searches and "taken as a whole" 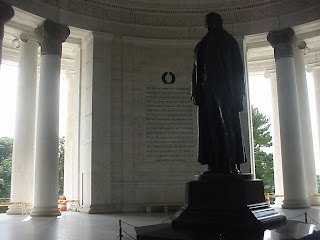 Any business day now (that is not a federal holiday) we could learn of the Eastern District Court's ruling on the COPA trial, probably on a Monday to Thursday, probably before noon. The details of the opinion can be as important as simply the holding itself. Even if upheld, it is not known what the timeframes would be if the injunction were to be lifted, in whole or part, or how it would be interpreted in practice. If this blog has not been yet updated, the visitor can visit the ACLU master page here, or CNN Law or Technology pages immediately for the latest (including links to the opinion text, hopefully).

One issue that came up was what the "whole" is in "taken as a whole." Many legal scholars believe that the "whole" is the individual web page as the viewer sees it. But this can depend on many factors, such as whether the page is static or dynamic, where frames are used, etc. Some book publishers offer copies of pages to browse, as do some book search engines, and these "wholes" may be considerably smaller than a whole work or even a chapter of a whole work. If a publisher offers a page without allowing robots, presumably a minor could not find the page without doing considerable work and maybe learning something of serious scientific, artistic, social or political value (more like what happens when browsing a physical hardcopy in a bricks and mortar bookstore or public library, even in general stacks without any restriction).

As a whole, book vendors and publishers (other than specialties like Wildcat) have not been active as COPA plaintiffs, and I wish that they had been. They may have overlooked this whole concept.
Posted by Bill Boushka at 5:55 PM No comments: 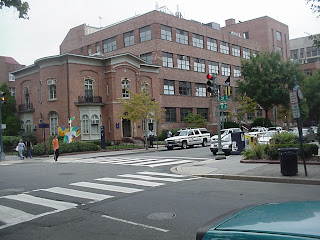 The Crimes Against Children Center at the in published a study in Pediatrics today (the February 2007 issue), “Unwanted and Wanted Exposure to Online Pornography in a National Survey of Internet Users.” The link for the abstract is this: To purchase the full text in PDF format, the visitor may go to this link.

Here is a Washington Post blog on parenting, entry dated 2/9/2007 on the story.

USA Today, on , summarized the study on page 3A. 42% of Internet users aged 10 to 17 had viewed such material in a twelve month period, 66% said they had not looked for it.

As a regular Internet user myself, I rarely encounter explicit material unexpectedly. Most emails that would point to such material are caught by ’s spam filter.

In the COPA litigation, discussed on this blog extensively, government has maintained that some companies deliberately use teasers to entice minors. I generally do not encounter this myself, and that has been discussed on other entries on this blog. On my own sites, there is a great deal of personal and psychological candor, but very little that is explicit in a manner of concern to the study cited above.

As a substitute teacher, I often notice an enormous range of maturity among high school students in Internet use. Some use it properly for academic work, as search engines can yield a lot of additional information on all kinds of topics, especially in math and science and how to work various kinds of problems. Others will want to go to a favorite games or hip-hop site.

However, an NBC4 (Washington DC televsion station) report on Feb. 5, 2007 indicated that most of the unwanted images came from peer-to-peer file sharing of images, not from conventional websites, social networking sites, or blogs.

Here is the CNN story. Compared to NBC, it emphasizes problems just with surfing and pop-ups. Computers that are well-maintained with anti-virus, anti-spyware and popup blockers (as well as upgrades with operating system -- especially Windows XP -- security fixes) seem to have many fewer incidents of unwanted or inappropriate content appearing. So the abilty of parents and older teens to properly maintain computers at home is also an issue.

Related blog on how illegal downloads by kids can threaten whole families:

Legitimate concerns by parents for safety of their teens can hinder their ability compete academically.

Posted by Bill Boushka at 9:43 AM No comments: