FTC has major FAQ page on COPPA compliance, and it is quite detailed

On July 20, 2020 the Federal Trade Commission published an FAQ page regarding COPPA compliance, and it is quite detailed and extensive, link.

The cutoff age is still 13.

The rule seems to exempt certain non-profits, depending on how they are structured.  That might have potential significance for some content creators.

Compliance is required even if the collection of information is “voluntary”.

The rule says that the privacy policy on a site must mention it. The rule seems to want it to be conspicuous on a landing page, although on my Wordpress blogs it is on an “About” page.  Sometime around 2008 Google required Blogger users to publish a privacy policy, although it didn’t say where.  Mine are in a standard text at the bottom of the striking page.  But the rules would seem to require mentioning COPPA compliance, even on blogs.  Youtube channels would seem to need to mention it on their channel pages (same for other services like Vimeo and Bitchute) but I don’t see that is being done much.

Posted by Bill Boushka at 8:22 PM No comments:

Right, credit card behemoths were not elected to be censors of what Americans can watch.  However, the finance industry as a whole has to worry about “know your customer” rules (and racketeering laws and the like, which have been mentioned as a possible way around Section 230 in some criminal cases). But payment processors have also come under social pressure especially from the progressive Left to deny banking services to villains in the culture wars over hate speech, as if they had a say on a customer’s “social credit” (like literally so in China). Paypal has been involved in this problem.

Posted by Bill Boushka at 2:41 PM No comments:

The Richmond Times Dispatch reports on a conviction of a Pennsylvania man for making illicit proposals to a minor repeatedly on Facebook after temporarily moving to Virginia to live with a troubled relative.

What is remarkable is the volume of exchanges that went on undetected, despite Facebook’s claims of monitoring in various testimonies recently in Congress.

Section 230 would not protect Facebook from possible liability for illegal acts, including solicitations and child pornography as in this particular crime.

The man was sentenced to 35 years in prison, with 33 years suspended.

Virginia computer crime law has language regarding the "purpose" of an activity, which could raise issues with gratuitous publication.

The town of Martinsville is in the southern Piedmont, near Danville.

Posted by Bill Boushka at 6:41 AM No comments: 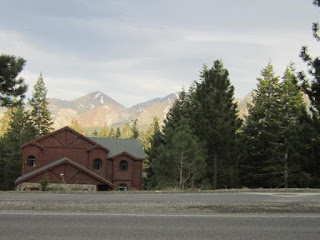 There was a bizarre case in the UK (NY Post story) where a woman (a mother) had met a young man on social media (Facebook) and then had intimate relations with him, believing he as 16, the age of consent in Britain. It turned out he was 14, and she was tried for a crime but acquitted.  Apparently in Britain, “knowingly” is part of the crime.  In many states in the US, you can be convicted even if you didn’t “know”.  And in a number of states (like California) the age of consent is still 18.

This is a bit ironic.  In early 2005, I had posted online an original screenplay of a short film “The Sub” where a substitute teacher winds up in that situation, and is tricked by the student, then arrested and jailed and dies in prison in surgery after a heart attack.  The plot had started when the sub had a cardiac arrest when subbing in gym class and the student had given him CPR.  (One year later, the schools started putting defib equipment in hallways).  The sub got out of that situation and went back to work and was tricked into a situation.

Young women mature earlier than men do (by about 18 months), so it is more likely that a man is charged with an underaged female.  But sometimes men mature earlier in their teens and look older than they are, setting up this kind of risk.

Of course, it is dangerous to trust information like this on social media.  The COPA trial in 2006-2007 in Philadelphia had looked at age verification software and the use of credit cards.  Of course, this may have advanced somewhat since then. (COPA is not the same as COPPA).

The screenplay is no longer available online (I do have the PDF’s), but it is a backstory of my feature film screenplay “Epiphany” set on a space station, with retrospects into the pasts of some characters. (The treatment is available with out the backstory details, the actual Final Draft document is not yet.) The screenplay was apparently found online through search engines and contributed to a bizarre incident when I was substitute teaching (details, main blog, July 27, 2007).

Posted by Bill Boushka at 2:59 PM No comments:

Wall Street Journal has major article on minors and sexting 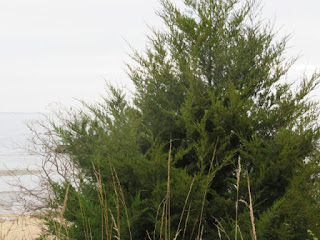 The Wall Street Journal has a surprising article in its Review section, by Amy E. Feldman, “For young people, sexting can be a crime”.

I have covered this problem several times over the years.  It’s interesting to see a major column on it in a weekend WSJ.   24% of children have had requests for legally inappropriate photos.  Many cases are prosecuted, and judges struggle to keep minor off s.o. lists according to the letter of state laws.

The can be problems for older teens, who are still (barely sometimes) under 18 but pretty much look just like adults.

Posted by Bill Boushka at 4:48 PM No comments:

Lockdowns could conceivably revive the old question (fielded in COPA in 2007), is "gratuitous" self-broadcast a "fundamental right"? 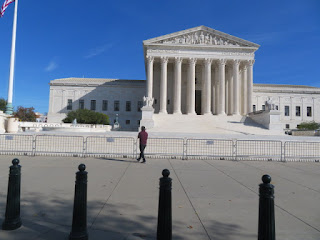 On Sunday, Nov. 8, I did write a posting on my main “BillBoushka” blog regarding whether gratuitous websites or even social media channels could be forcibly closed (possibly forever) on the grounds that they encouraged “inessential activity” in an extreme coronavirus lockdown, which might be possible given the explosive epidemic (although the vaccine news is encouraging).

Again, the question comes up, is “self-broadcast” a fundamental right, embedded in the First Amendment?  There was some language in the 2007 COPA opinion (not COPPA) around page 51 or so that the judge in Philadelphia thought so.  But self-publishing (at low or sometimes almost no cost to the writer) became feasible in the late 1990s with the Internet as Web 1.0.  Before that, “getting published” was always thought of as elitist and a “big deal”.  We didn’t have it before.  So it might be hard to maintain this idea, if it came before the current Supreme Court somehow.

For what it matters to people right now, SCOTUS hears Obamacare today.  Protests?

Posted by Bill Boushka at 6:34 AM No comments:

California state senator harassed by "Q" for introducing bill treating LGBTQ s.o. the same as straight (in terms of release) 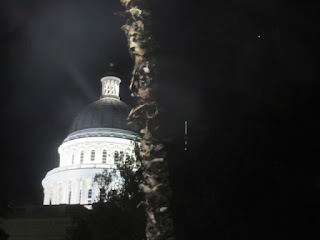 Scott Wiener, a California state senator, writes in the New York Times that “Qanon” came after him for introducing a law in the California legislature allowing LGBTQ persons to come off sex offender registry under the same rules as straight persons, as he explains here.

The article describes the vile messages sent to him.

Posted by Bill Boushka at 3:00 PM No comments: